Why Newport is a great place to work 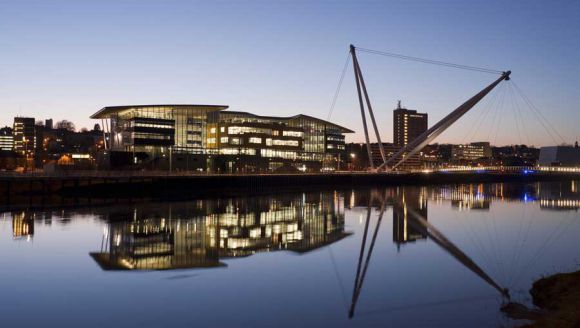 Newport is one of the three key locations for Admiral in South Wales with modern offices directly opposite the city’s main railway station which are home to Admiral Law and our Claims, Sales and Renewals departments.

The city has also played host to world leaders and global sports stars.

Here’s seven reasons Newport is a fantastic place to live and work:

Shopping: The £100m Friars Walk shopping centre was officially opened in November 2015 and is now home to major high street operators such as Debenhams, Mothercare and New Look as well as a Cineworld cinema and restuarants including Las Iguanas, Nandos and a soon to be launched outlet of Wagamama.

Leisure: Newport's Celtic Manor has hosted world famous sporting tournaments such as The Ryder Cup and was the venue of choice for leaders from arcoss the globe for a NATO Summit in 2014.

Arts: The city's Riverfront Theatre holds up to 180 professional performances, over 200 film screenings and over 500 workshops every year.

Environment: Newport was a five times winner in the Wales in Bloom competition and runs its own community venture, Newport in Bloom, to encourage people in the city to develop gardens for pleasure.

Click here to watch the launch of our Newport office: https://www.youtube.com/watch?v=p08UEw6fslo

Future: Newport Council was awarded £15m by the Welsh Government for its Vibrant and Viable Places (VVP) programme, which is expected to lead to a total investment of £60m in the city centre, thanks to partnerships with the third and private sectors.

Developments: Planning permission has been granted for the Wales International Convention Centre on land at the Celtic Manor which is expected to attract major events from across the world with a proposed state-of-the-art auditorium, exhibition hall and capacity for 4,000 delegates.

We are always looking for dynamic people to join us in Newport.